Bill (aged 60) is a Digital Champion in

Waltham Forest. He signed up to be a Digital Champion to enable him to use the skills that he had picked up working in the legal industry to the benefit of a wider group.

Most of Bill’s work has involved helping learners who come along to drop in sessions at local libraries. When he was asked to help a local resident recovering from a stroke, who wanted to relearn technology to aid his recovery, Bill rose to the challenge even though he was aware that this was going to be a very different from his previous experiences.

Bill’s new learner, Alan[1], had suffered from a stroke that had left him largely paralysed down one side of his body and with problems remembering, particularly words. 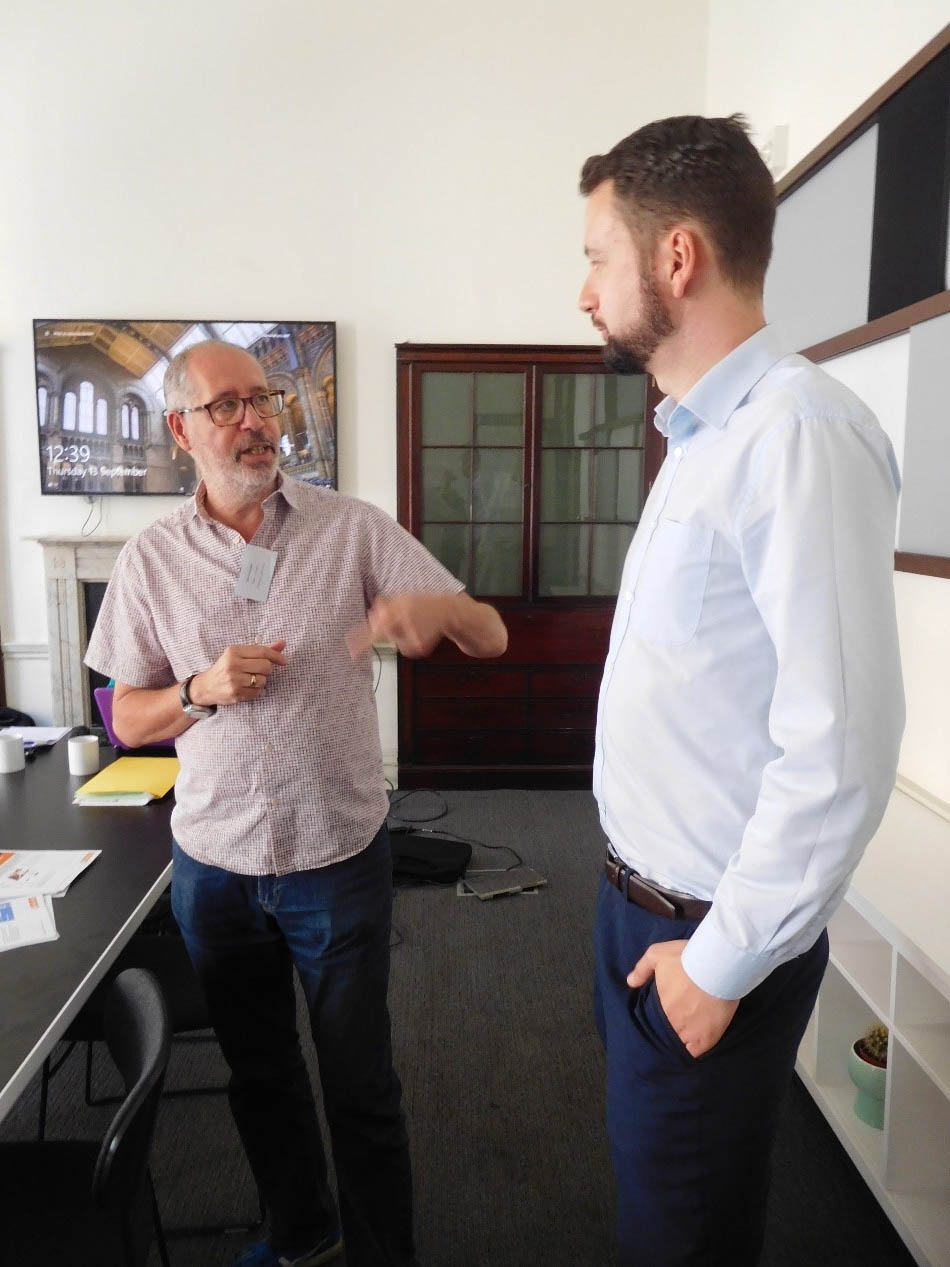 Before their first session together Bill and Alan met to discuss what Alan hoped to achieve. Alan’s real desire was to be able to email again. They both agreed that they both had plenty of time and they would take things slowly.

Bill (pictured left) admits that he had no expertise in working with people with accessibility needs, so in order to prepare himself for the sessions Bill worked his way through several training courses on  the Digital Champion’s Network and completed a number of the courses including, ‘Essentials for engaging with older people and ‘Helping someone with an accessibility need’,  ‘Working with people with memory loss’.

“I thought that the first thing that I would do was to address his mobility issue. I brought in my iPad as he could operate this with a single finger. I thought that I would try the route of using colours rather than text in a testing environment. I found an app called Flow Free. Last week was the first time that we tried this approach and he took to it like a duck to water.

One of the problems that I ran into was that I would have liked him to practice in between our sessions. Having found a program that would have been ideal. I ran into the hurdle that he had an old Apple computer. I found a Mac alternative that I installed on his pc.

Alan is really enjoying the game and they feel that they are making progress. We established at the beginning of our sessions that we were going to take things slowly and carefully, but I have been surprised by the progress to date. Our goal is to use the computer to send emails, but we are already talking about this prospect, but we still have some way to go to get to this point. I found that Alan responded well to instructions consisting of icons rather than wordy, text-based instructions. The plan is to use this format for future instructions. “

As Bill has found games are often a great way for people to become familiar with computers and tablets. Here are links to two sites Bill has recommended from his work with Alan www.makeuseof.com/tag/free-mac-puzzle-games/  www.nanogames.com/