What is Apple Pay? 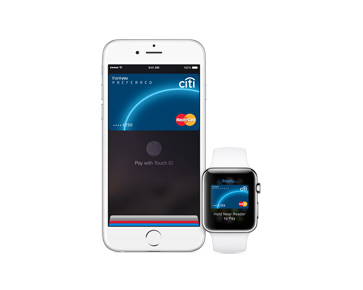 Apple Pay is a service that allows you to make payments using Apple devices such as the iPhone 6, Apple Watch and later models of iPads.

Apple Pay is an example of a ‘digital wallet service’, which uses an app on a smartphone or device to make payments instead of using a chip and pin credit or debit card.

To use Apple Pay, details of a valid credit or debit card needs to be added to the app and Touch ID (fingerprint confirmation) must be set up on the device. Where Apple Pay is accepted in shops or restaurants, users simply hold their phone or device near to the contactless reader and press their finger or thumb on the Touch ID to confirm the payment.