How to signpost residents to digital skills support 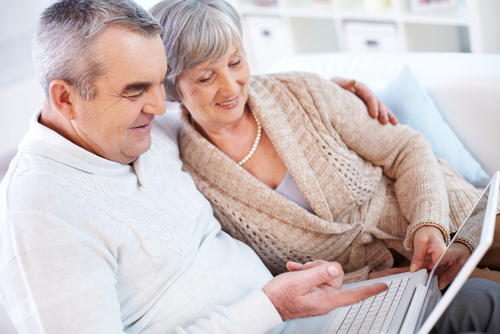 The internet has created vast levels of opportunity for so many corners of society. The ability to access information, interact with services, and complete everyday tasks more quickly and easily than would ever have been thought possible just a few short years ago, has greatly enriched so many people's experience of the world.

However, not everyone has equal access to internet-connected technology — nor the knowledge and skills to use it to full effect when given the chance. Digital exclusion is a problem that local government has a huge role to play in addressing and solving.

Why digital exclusion and digital skills support is important

For the UK to be a world-leading digital economy that works for everyone, it is crucial that everyone has the digital skills they need to fully participate in society.

We now expect to be able to interact with and use public services online as standard. And from a local council’s perspective, this can seem like a win-win transition. The shift away from traditional in-person or over-the-phone services in favour of web-based services is not only responding to popular public demand — ‘going digital’ can also generate much-needed cost efficiencies.

However, while the benefits of digital technology are clear, there is a flip-side. We can easily forget that the internet is still a relatively new societal force. The fact is, not everyone in our community yet has the knowledge or skills to use it effectively.

Around 20% of the UK population lacks the basic skills needed to send and receive email, use a search engine, browse the internet and complete online forms. In other words, digital literacy isn’t something we can take for granted.

Who is most affected by digital exclusion and why

Despite the growth in popularity of smartphones and tablets etc., there will always be a percentage of the population that are unable to access or make use of that technology to full effect. Methods will always be required to ensure you stay in contact with those groups.

According to government research, there are four key barriers to digital inclusion (and more than one may affect individuals at any one time):

Access: the ability to connect to the internet and go online

Skills: the ability to use the internet and online services

Confidence: a fear of crime, lack of trust or not knowing where to start online

Motivation: understanding why using the internet is relevant and helpful

Statistics suggest that age, gender, health and socio-economic status heavily influence likelihood of digital exclusion. For example, in 2015 just 1% of 16-24 year olds had never used the internet, compared with 32% of those aged 65 and older.

Individuals living with disabilities that prevent them from using technology in the same ways as many other residents are another obvious group who are important to bear in mind as councillors in our approach to digital.

Additionally, a 2010 ONS survey found that:

In summary, a ‘great digital divide’ still exists in society, and local community figures such as councillors can have an influential role to play in addressing it.

Things like social media should be used to augment your engagement processes — but not replace them. It is still important to leaflet areas where there are issues, make sure we attend public meetings and hold off line surgeries.

How to change your Gmail password
How to browse the web in Windows 10: Microsoft Edge basics
The best video calling apps for Android phones
See more guides »