How to run a virtual surgery

Besides speaking to me whilst out in the community on a daily basis or at meetings, my residents largely contact me via email, social media and Skype as I hold regular online surgeries.
- Cllr David Harrington 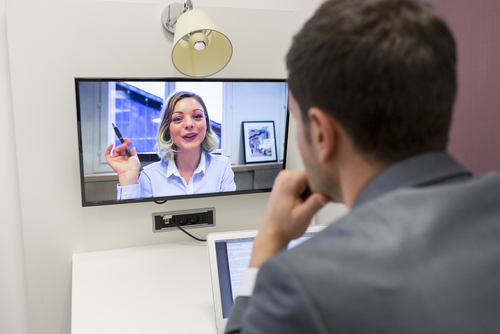 As digital technology has reshaped how the world communicates, many councillors are taking up new ways of engaging with their residents via the web.

One particular initiative that many councillors are adopting to complement in-person surgeries, is the idea of running a ‘virtual surgery’ via popular web applications and social media.

Many virtual surgeries have been well-received by residents and have added a new dimension to councillor’s community engagement and relations.

Read on to learn more about:

What is a virtual surgery?

They have gone exceptionally well. In fact we have had more people tuning in to these (virtual surgeries) than have ever turned up to off line meetings where it is generally the same faces that attend. It has helped extend our reach into the community and get a wider set of viewpoints from residents.

Virtual surgeries are basically a dedicated online feedback and communication channel set up by councillors for residents to engage with them in the exact fashion as would be expected at in-person surgeries.

Even if you don’t consider yourself to be a digital whizz, setting up a virtual surgery needn’t be complicated. In fact, many would argue that they’re far easier to set up than in-person surgeries. Let’s take a look at some of the typical channels and techniques for getting a virtual surgery up and running…

Skype is probably the most common channel of choice for councillor virtual surgeries, owing to it being low maintenance to set up and feeling slightly more closed and controlled than public-facing social networks such as Twitter and Facebook.

Setting up a Skype virtual surgery is as easy as:

Facebook can be a great tool for engaging with your residents on a more flexible ad-hoc basis. In some ways, if you set up a public Facebook page, then you’re essentially setting up an ongoing ‘virtual surgery’ with the community, as anyone is welcome to leave comments and feedback at whatever time they feel like.

There are some obvious pros and cons to that. On the one hand, going down this route allows for far more flexibility than Skype, where you have to promise to ‘be there’ at a particular time, whereas with Facebook, there’s less of an expectation for responses to be immediate.

On the other hand, choosing a far more public forum does leave you more exposed to public criticism and comments you’d prefer not to have shared with wider audiences. However, for many residents these days, public figures willing to open up discussion online can be seen as an act of transparency and a show of accountability to the people they serve.

Setting up a Facebook virtual surgery is as easy as:

In a similar vein to Facebook, Twitter is a good option for more flexible, ongoing engagement with your community if you’re comfortable with using an even more public channel (including both the rewards and challenges outlined above, that come with it).

In fact, Twitter is used as far more of a real-time communication tool than Facebook, so do be prepared for the expectation of prompt responses to incoming comments, if you opt for Twitter.

Setting up a Twitter virtual surgery can be as easy as:

The (virtual) surgeries have gone well. They don't require complicated kit — just a laptop or tablet and a wifi connection is all that’s needed. The best location to run them from is somewhere comfortable.

Before you get going, here are some key things to consider:

As more and more residents turn to online channels as their primary form of communication, providing online alternatives to the traditional in-person surgeries are becoming increasingly necessary.

The idea of setting up a ‘virtual surgery’ might at first seem a little bit daunting. But hopefully this guide has provided some pointers on how to get started.