It (social media) has helped me to engage with a key online audience, including those who are first time/absent voters and a disengaged electorate who have never voted before or fallen out with the political system for a variety of reasons. 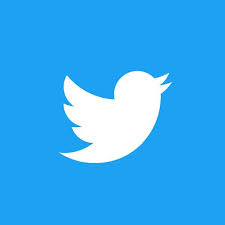 Twitter is one of the world’s most popular online social networks, with over 300 million active users.

Twitter is used by a vast range of people and organisations for a number of useful purposes. In fact, many councillors these days are using Twitter to communicate, engage and build relationships with their wards.

With social media, start with what your are comfortable with. Use the resources that are out there and keep it simple. To my mind a good place to start is twitter - you have a 140 characters and the basic premise is for you to write about what you are doing now.

Twitter is self-described as “the place to find out about what’s happening in the world right now.” In other words, Twitter is a real-time information sharing website, used by all sorts of people and organisations for a number of reasons — from light entertainment and socialising, to news sharing, to engagement in causes, services and products.

Many councillors find Twitter to be a really useful and powerful tool for a number of reasons. For example:

Step 2: search for and start following relevant people, organisations and groups who may be of interest to you and vice versa.

Step 3: tweet something. Click on the 'What's happening?' text box to let followers know what you’re doing or thinking and then click on the 'Tweet' button. Remember: tweets are limited to 140 or fewer characters (mastering the art of short and snappy is all part of the fun of Twitter!).

Step 4: tweet regularly. To get the most out of Twitter, you need to build a following by letting people know you’re there. And to do that, you need to commit to using it regularly as a real-time tool. Tweet regularly (at least once a day) sharing what you’re up to, what your plans are, or what your view is on a particular issue etc. The more you do that, the more other profiles who share your interests will follow and engage with you via Twitter.

Step 5: promote your profile. Make sure you regularly mention that you can be found on Twitter and share your profile handle (@username) at meetings, events, and on your website, blog, and any wider online channels.

Top tips for building and managing a Twitter following

Make a plan and schedule

Having a presence on social media is an ongoing commitment — you get out what you put in. If you’re serious about building your Twitter following, it’s important to regularly share a diverse mix of content — from updates on surgeries and events you’re attending, to relevant news updates and positions on topical issues, to invitations for feedback and opinions from followers.

To help you along, there are dedicated Twitter management and scheduling tools out there such as Hootsuite and Buffer, allowing you to ‘load up’ tweets in advance and set the timings and frequency for publication. However, whilst these tools are handy for more static info and messages, remember to actually supplement with real-time engagement and responses to followers — people will be able to tell if your feed is solely ‘the work of a robot’.

Be professional yet authentic

It’s obviously important for you to strike the right tone of voice in your tweets. Share relevant, appropriate and authoritative content that’s going to put your public image in a good light and build your reputation as a trustworthy community figure.

However, at the same time, people expect public figures to be more ‘real’ and relatable in their style of communication online. Don’t be scared of talking in a more conversational and informal tone of voice on Twitter, or even lightening the mood with a touch of humour when the appropriate opportunities arise.

Set the rules and moderate appropriately

Hopefully, social media brings about more positives than negatives for both you and your followers. However, we all know that using channels such as Twitter also leaves us more vulnerable to being on the receiving end of negative or inappropriate contributions.

For this reason, it’s important to firm up a social media moderation policy that outlines what is and isn’t acceptable behaviour amongst followers and enforcing those rules appropriately. There are even moderation tools out there that can help you to filter out any inappropriate content, as well as spam from your social media feeds. For further guidance on managing inappropriate behaviour and comments, see our guide on cyberbullying.

A guide to cyberbullying
A guide to internet security
How to set up and run your Facebook page
How to signpost residents to digital skills support
How to run a virtual surgery
How to make councillor surgeries more digitally connected
How to stay safe on Facebook
What is Twitter?
How to use Twitter
How to tweet

How to create a budget spreadsheet
How to Clean Your Computer System Software – Windows
How to buy online: Internet shopping
See more guides »