A guide to cyberbullying 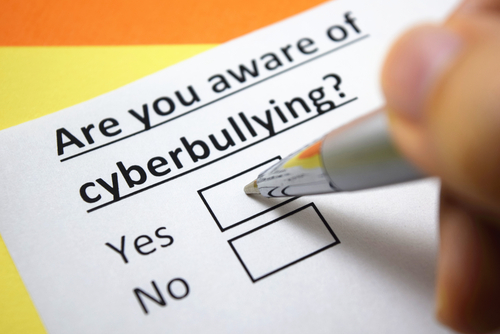 The internet can act as an incredibly positive societal force — a source of vast opportunities for personal growth and a forum for constructive dialogue.

Unfortunately, and just as in the offline world, its power can also be channelled into far less constructive and less positive behaviours. Cyberbullying is one of the most alarming trends to emerge out of the digital age.

As more and more of society’s communication occurs via digital channels, cyberbullying is something that all councillors should be aware of, know how to spot, and be confident in responding to — whether the victim is a member of our community, or indeed, ourselves.

What cyberbullying is and how to spot it

I have witnessed it and been in the receiving end of it. I responded in the same way as I would if it happened off line.

Cyberbullying is any form of bullying — aggressive, threatening, harrassing or abusive behaviours aimed at a particular person — that happens on the internet.

Social media networks, online forums, websites, or WhatsApp — sadly, any web-based communication channel, being even easier to surreptitiously attack others with less immediate consequence than in-person, is vulnerable to exploitation by bullying behaviours.

As with offline bullying, cyberbullying is particularly common among younger people. However, the fact is, anyone who uses the internet regularly, no matter their age or background, can become a victim of cyberbullying.

Typical types of bullying behaviours that can occur online include, but are not limited to:

How to respond to cyberbullying

The main thing is to have an agreed stance that you are comfortable with in terms of what you will accept as responses and don't be wary about blocking or restricting folk. The need for a clear position can set out what you will accept. For example, with comments on my blog I won't accept anonymous comments unless there is a clear reason why that person should remain anonymous.

If you notice any of the above types of behaviours online — be it the treatment of someone in your community, or in fact, if you ever find yourself on the receiving end of cyberbullying (after all, public figures can be common targets of such behaviours online), the following steps can help to deal with the problem…

If possible, before reporting a bullying incident, try to document the offending behaviour. Online, this is easy enough to do. If you or someone you know receives inappropriate content in an email or online message, don’t delete it. If it’s a public social media post on Facebook or Twitter, consider taking a screenshot of the offending content before deleting it.

Once you’ve gathered evidence of consistent bullying behaviour, it’s time to report it via the appropriate channels. Most social networks including Twitter and Facebook have dedicated functions to report inappropriate content and users. Their own moderators will review and take action accordingly. If you believe that there are grounds for criminal prosecution in the case of more extreme offensive or inciting content, you should also consider reporting the content and person in question to the police.

If the offending behaviour occurred on public social media, you are well within your rights to block the offending content, and moderate the user in question. This is where having a formalised social media policy document can really help. By referring to the particular ground rules outlined in your policy (‘our Facebook page does not tolerate repeated offensive or abusive behaviour’ etc.), you can justify your decision with objective substance, thereby removing the argument that your response ‘is personal’.

Take precautions to protect yourself

Take the opportunity to review your social medial policy and moderation guidance. Social media such as Facebook has its own automated moderation and content blocking tool based on certain keywords, which you may want to review and fine-tune. If you were the victim of a hacked account for malicious ends, review your passwords and be mindful of using public computers or networks in the future. But more than anything, remain resolute and continue to have the courage and conviction to stand up to cyberbullying if or when it occurs again.