Guide to: Knowing your device

Accessing the internet can be carried out through most devices as long as they have connectivity to a Wide Area Network (WAN).  This can be done through Wi-fi which allows them to connect to any WAN wirelessly either public (unsecured) or private (secured). To access a secure network a password is required that needs to be entered on the device to allow the connection to happen. If there is no wireless connection available the device would need to have wireless mobile telecommunications technology known initially as 3G which stands for 3rd Generation  technology (as technology progressed new generations evolved - 4G, 5G etc).

Tablets are portable computers. They operate through their touch screen which can vary in size. The keypad is accessed on the screen. Most are Wi-fi enabled but you may need to check this is on, by going into Settings.

Accessories can be purchased such as a keyboard, a cover and stand, headphones and microphone to make them easier to use if learners find the touch screen hard to master.

TIP: It is useful to take a touch screen pen with you when teaching for learners to use if they are having problems connecting with the touch screen.

There are 3 main types of tablets classified through their operating system. The most common are:-

Apps can be purchased and downloaded from specific online stores related to the operating system. The Apps appear on the screen as ‘Tiles’ or icons.....

Apple Apps can be purchased from the App Store 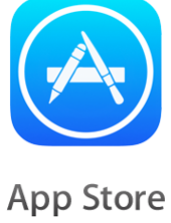 Android Apps can be purchased from the Google Play Store

Windows Apps can be purchased from the Windows store

Smartphones are like tablet computers and enable us to send emails, play games, watch the news and make video calls to loved ones. And much more besides. They all run 3G, 4G or 5G technology and can access the internet through that HOWEVER data allowance can be expensive and often very limited in standard phone packages so wherever possible turn off the option of data roaming and turn on Wi-fi when you are close to a Wi-fi connection.

Smartphones have operating systems too and it's this development that has brought advanced functions to mobiles that were previously only available on our computers. Their operating systems are the same as those found in tablets however in some ways the programs (Apps) that run on them are more developed and there are hundreds of Apps available. They can be purchased in the same way as tablets using the same stores. Google Play, Apple App Store and Windows Store.

TIP: As with tablets users may find the touch screen hard to get used to and it is useful to take a touchscreen pen with you that they can use.

Laptops are still popular - they are often better value than tablets to purchase and are a better option for people with accessibility issues such as poor site or dexterity. Their main disadvantage is their weight and size when carrying them around, their battery life can also be an issue and charging cables add to their weight and bulk.

Most new laptops will be running Windows 10 and this has the same format as the tablets. A good guide to Windows 10 can be found here.

Some laptops may still be running Windows 8 or  Windows 7. It should be emphasised that these are no longer supported by Windows.

These are mainly found in fixed locations as they are hard to move around. As with laptops they will usually have a Windows operating system or Apple iOS. There are alternative free versions of operating systems such as Linus or Ubuntu if a computer doesn't come installed with one.