In 2008 David Last had the idea to combine his knowledge and love of computers with his enthusiasm for helping in the local community. He couldn’t find any suitable local projects that needed volunteers so he approached his local library with the idea to start a computer drop-in. Ten years later, David is still running weekly computer drop-in sessions at Leytonstone library, London.

Over the years David has helped many people and finds the most rewarding thing is just interacting with a wide range of people. 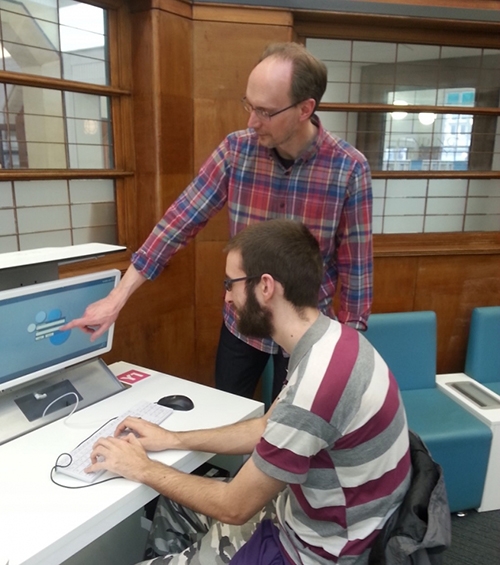 "The role is very varied and as it is a drop-in session you never know what you are going to be asked one week to the next. One man originally came almost ten years ago for help with his creative writing, he has later gone on to learn other new skills, including using emails so he can keep in contact with his daughter.“

Leytonstone library is one of Waltham Forest Council’s Library Plus venues, which means that it is a contact point for residents to access council and community services. David has seen many changes in the library over the years, and he feels that the library is now more than ever a real focal point in the local community:

“Offering a drop-in service means that people can get help straight away with computer issues that are an immediate priority to them.  Helping people with specific tasks means they are engaged and will continue to try out what they have learnt once they get home”

“You don’t need a degree in computing to be able to help others, you just need a genuine interest in learning and working things out for yourself. Most people who come along are nervous or intimidated by computers, so taking time to talk to them makes a real difference to their confidence. The training on the Digital Champions Network is invaluable as it asks interesting questions that makes you think about how to communicate effectively, as well as strategies to deal with different situations”.

To find out more about being part of the Digital Champions Network visit our website.